Check Out These Invisalign Before and After Pictures to See Amazing Results!

These Invisalign before and after pictures might just convince you to try this treatment!

Any decision made regarding your dental health can be significant and have long-lasting consequences. Orthodontic treatment is no different in this regard. That’s why, when faced with the choice between traditional braces and Invisalign, many patients unfamiliar with the latter want to see Invisalign before and after results. Though you might be more familiar with the traditional braces treatment, know that Invisalign offers the same outcomes for teeth straightening! 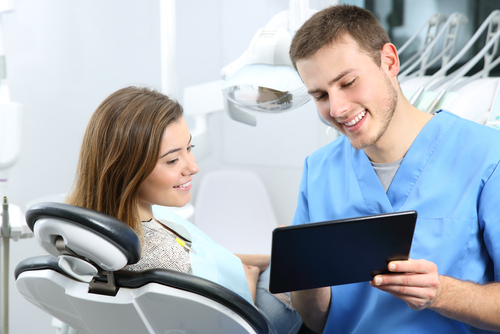 The funny thing about Invisalign treatment is that, since it’s practically invisible, it’s hard to know when someone has undergone treatment. You may know people who have used Invisalign but not realize it! This is because the process is not necessarily visible to the naked eye. And since orthodontic treatment progresses gradually, you may not notice that the person’s teeth are gradually becoming straighter.

It’s like what happens as your child grows up: because you see her every day, you don’t notice her incremental growth. But when a friend hasn’t seen your daughter in some time, it’s not uncommon to hear a comment like: “Wow, she’s so big now!”

Invisalign before and after pictures can surprise you in a similar way. As you go through treatment, you may not necessarily perceive the slight differences in the straightness of your teeth, month-to-month. But by the end of the treatment course, your before and after photo will reveal your teeth’s transformation. No matter what problems were present to begin with, your orthodontist will ensure amazing results with Invisalign.

This very subtlety is Invisalign’s greatest appeal. Whereas traditional braces can feel awkward and attention-grabbing (in the wrong way) for teens and adults, your clear braces (also called aligners) frequently go unnoticed. If you’re looking for a low social impact when you start orthodontic treatment, then Invisalign is your ideal choice.

Invisalign works equally well as traditional braces and takes less time to produce an effect. Here are a few examples of how Invisalign can transform any “imperfect” smile:

Invisalign Before and After Testimonials

We can elaborate about the benefits of Invisalign and educate you about the process, but when all is said and done, the cliché still holds true: a picture is worth a thousand words. Perhaps you’re dealing with multiple orthodontic problems similar to those displayed here. These Invisalign before and after pictures will show you the extent to which Invisalign can correct a bad bite, crooked teeth, and other orthodontic conditions:

Overcrowded teeth may have eventually created problems such as dental decay, gum disease, and disrupted function for this 26-year-old woman. However, Invisalign fixed her overcrowding in less than a year!

Invisalign not only improves your confidence by correcting gapped teeth, it also reduces your risk for other misalignment issues in the future. Many adults with gapped teeth, also known as diastema, may form a habit of pushing their tongue against the gap, causing it to expand with time. The tooth can become loose and the person can experience pain during biting or chewing. After years of feeling that his smile was unattractive because certain teeth were too far apart, one 56-year-old man saw this problem fixed after a mere ten months of Invisalign use.

Overbite is a very common cosmetic and orthodontic problem that can lead to other dental problems down the road. If not addressed early on, the overbite will deepen over time due to clenching and grinding. It may also make it difficult to clean your teeth and gums, which can result in tooth decay, gum disease, and even tooth loss. One 38-year-old woman had her smile corrected after 20 months of applying Invisalign aligners.

Before and After Invisalign: The New You

Because we strongly believe in the power of orthodontics to change individual’s health and future, Penn Dental Family Practice provides a free Invisalign consultation to anyone considering this option! At your consultation, you’ll have the opportunity to ask any questions you have about the treatment, timelines, and costs. You’ll also get to see an Invisalign before-and-after video showing what your teeth look like now and how they’ll look after treatment. Why wait? Use this coupon for a free Invisalign consultation with Penn Dental Family Practice!